One of the exercises that a good Bible student can do, is to take the different accounts in the 4 gospels and combine them into a single reading. This practice will allow a better understanding of the account rather than flipping back and forth. Below is an example:

Matthew 14:13 When Jesus heard of it, he departed thence by ship into a desert place apart: and when the people had heard thereof, they followed him on foot out of the cities.

Luke 9:12 And when the day began to wear away, then came the twelve, and said unto him, Send the multitude away, that they may go into the towns and country round about, and lodge, and get victuals: for we are here in a desert place.

Mark 6:34 And Jesus, when he came out, saw much people, and was moved with compassion toward them, because they were as sheep not having a shepherd: and he began to teach them many things.

Matthew 14:14 And Jesus went forth, and saw a great multitude, and was moved with compassion toward them, and he healed their sick.

Matthew 14:15 And when it was evening, his disciples came to him, saying, This is a desert place, and the time is now past; send the multitude away, that they may go into the villages, and buy themselves victuals.

Matthew 14:16 But Jesus said unto them, They need not depart; give ye them to eat.

John 6:7 Philip answered him, Two hundred pennyworth of bread is not sufficient for them, that every one of them may take a little.

John 6:8 One of his disciples, Andrew, Simon Peter’s brother, saith unto him,

John 6:9 There is a lad here, which hath five barley loaves, and two small fishes: but what are they among so many?

John 6:6 And this he said to prove him: for he himself knew what he would do.

Mark 6:39 And he commanded them to make all sit down by companies upon the green grass.

Mark 6:40 And they sat down in ranks, by hundreds, and by fifties.

Matthew 14:19 And he commanded the multitude to sit down on the grass, and took the five loaves, and the two fishes, and looking up to heaven, he blessed, and brake, and gave the loaves to his disciples, and the disciples to the multitude.

Matthew 14:20 And they did all eat, and were filled: and they took up of the fragments that remained twelve baskets full.

John 6:12 When they were filled, he said unto his disciples, Gather up the fragments that remain, that nothing be lost.

John 6:13 Therefore they gathered them together, and filled twelve baskets with the fragments of the five barley loaves, which remained over and above unto them that had eaten.

Matthew 14:21 And they that had eaten were about five thousand men, beside women and children.

John 6:14 Then those men, when they had seen the miracle that Jesus did, said, This is of a truth that prophet that should come into the world.

Lessons from these passages: 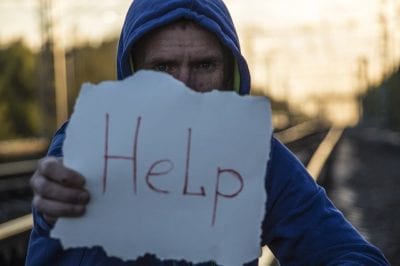 We should have compassion

Matthew 14:14 And Jesus went forth, and saw a great multitude, and was moved with compassion toward them, and he healed their sick.

Jude 1:22 And of some have compassion, making a difference:

Can I say that having love, having compassion is noble but matter not at all without action. Not that the compassion “moved” Jesus to action. By comparison is Jude where we have compassion… but the action is the “making a difference”. Even in John 3:16 … For God so loved the world that he “gave”… again love in action.

Jesus noted an opportunity to teach the disciples something

John 6:6 And this he said to prove him: for he himself knew what he would do.

The disciples had with them funds to support themselves on their long journeys. However, they didn’t have enough to fulfill the need before them. Even if they had enough money, they didn’t have the time to go to town, get the resources and come back… In all that was taking place, Jesus worked the circumstances to place the disciples in a position where they couldn’t do it on their own.

(Just because you get taught a lesson, doesn’t mean you learned from it: After the next major event Jesus noted after the storm: Mark 6:52 For they considered not the miracle of the loaves: for their heart was hardened.) 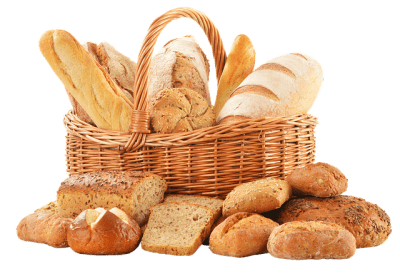 It reminds me of the oil and cruse

1 Kings 17:12 And she said, As the LORD thy God liveth, I have not a cake, but an handful of meal in a barrel, and a little oil in a cruse: and, behold, I am gathering two sticks, that I may go in and dress it for me and my son, that we may eat it, and die.

13 And Elijah said unto her, Fear not; go and do as thou hast said: but make me thereof a little cake first, and bring it unto me, and after make for thee and for thy son.

14 For thus saith the LORD God of Israel, The barrel of meal shall not waste, neither shall the cruse of oil fail, until the day that the LORD sendeth rain upon the earth.

15 And she went and did according to the saying of Elijah: and she, and he, and her house, did eat many days.

16 And the barrel of meal wasted not, neither did the cruse of oil fail, according to the word of the LORD, which he spake by Elijah.

This account has so many underlying things to find in these verses.

1. Are you willing to take time to serve? The disciples were tired from ministering with Jesus:

Mark 6:31  And he said unto them, Come ye yourselves apart into a desert place, and rest a while: for there were many coming and going, and they had no leisure so much as to eat.

3. Are you willing to serve by faith? True faith where you really don’t know the outcome? Where the basket is empty and you expect it to be full?