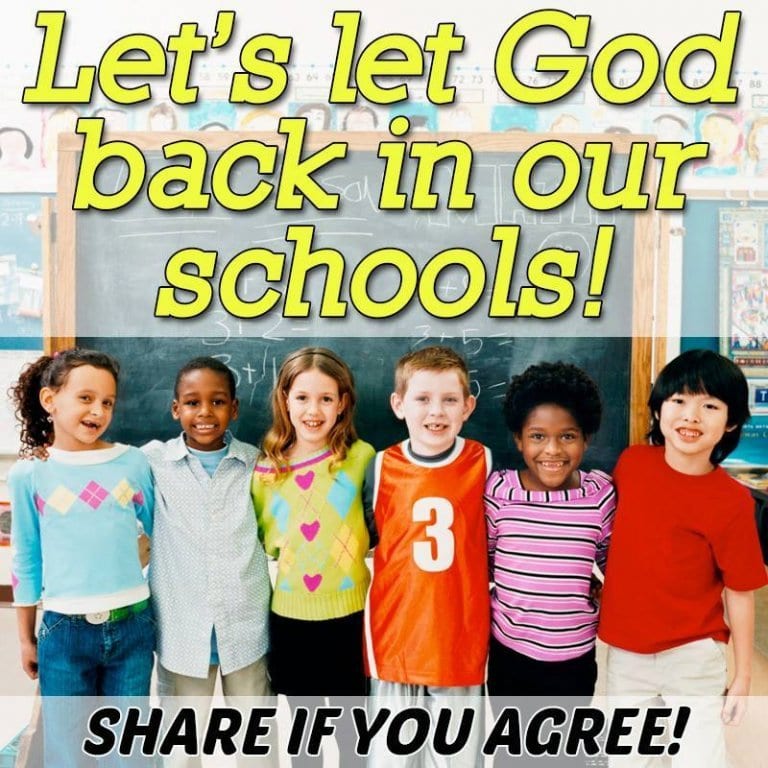 agree with it. In this article I will provide a history of God and prayer in school, present my argument why religion should not be taught in the public school system and provide a vision of what is to come because of the course of this country chose to take with the 1962 & 1963 court decisions.

In this country public schools are not allowed to teach biblical matters or allow public or mandated prayer because stately the wording of the First Amendment of the Constitution, which states:

Congress shall make no law respecting an establishment of religion, or prohibiting the free exercise thereof…

The first part reads “Congress shall make no law respecting an establishment of religion” is the Establishment Clause, while the second part (“or prohibiting the free exercise thereof”) is the Free Exercise Clause. The Fourteenth Amendment extended the scope First Amendment to all levels of government, thereby compelling states to adopt an equally detached approach to religion in schools.

School prayer prior to 1962 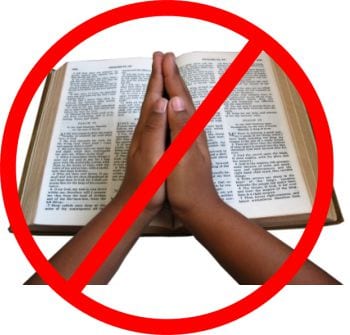 As early as 1890 school prayer has been under attack for reasons I will use later in this article as proof text. The Catholics had exception, in 1890, to the fact that the King James Bible was being used. They took their case to the Wisconsin Supreme Court who ruled in favor of the Catholics thereby starting a debate of which Bible and which religion should be taught in schools. In 1962 another challenge in New York surfaced when a Jewish father objected to his son being exposed to Christian faith and mandated Christian prayer. Two main court battles in the Supreme Court eventually led in 1963 the banning of corporate reading of the Bible and prayer in schools. The courts did make allowances to “religion” in school as long as it remained totally secular and neutral in all respects to a particular group or Bible.

Over the last 25 years the very mention of prayer in schools has brought an atheistic response from teams of lawyers and the ACLU to force compliance in state schools.

1 Samuel 8:6  But the thing displeased Samuel, when they said, Give us a king to judge us. And Samuel prayed unto the LORD.
7 And the LORD said unto Samuel, Hearken unto the voice of the people in all that they say unto thee: for they have not rejected thee, but they have rejected me, that I should not reign over them.

The Separation of Church and State

Another commonly spouted discourse is the “separation of church and state” as a constitutional matter, but it is not. 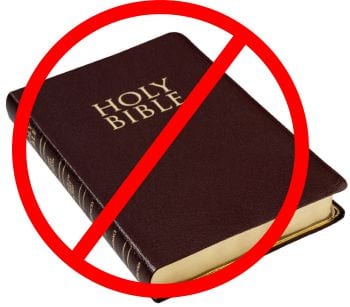 The reference first came from Thomas Jefferson in 1802 to the Danbury Baptists. It states: “Believing with you that religion is a matter which lies solely between Man & his God, that he owes account to none other for his faith or his worship, that the legitimate powers of government reach actions only, & not opinions, I contemplate with sovereign reverence that act of the whole American people which declared that their legislature should “make no law respecting an establishment of religion, or prohibiting the free exercise thereof,” thus building a wall of separation between Church & State.” The intent in this letter is to calm concerns that the newly formed federal government would establish a state religion like that of England. It was not meant to keep the church out of government but rather the government out of the church.

Why Religion should not be allowed in schools. 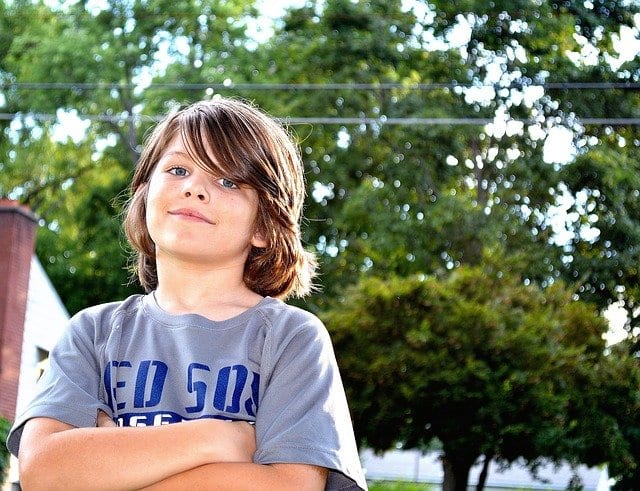 I can sum this argument up by asking “which religion”. Naturally everyone who would want to put God back in schools would want their OWN religion taught. Modern statistics place in the Christian faiths nearly 33,000 different denominations, they essentially can be broken down to some 40 or so main groups of belief… but even still I have witnessed differing beliefs from one church to the next within the same denomination. That doesn’t even include the non-Christian religions, some of which are even now working diligently to fill the void left when “God was kicked out in the ‘60’s. Satan has done a good job over the last 100 years getting people to NOT rightfully divide the word of truth; eventually leading to much confusion about the word of God and creating many different denominations to provide validity to their beliefs.

So the question comes to play that if we can’t get trained pastors on the same page about what we are to believe… how are we to expect a public school teacher who is not trained in biblical matters to be able to? Not to mention it was NEVER to be the responsibility of a school teacher to become the moral compass for a child to teach them religion, it is the Parent!

The only way to put God back in schools and it be effective to a singular teaching would be a state religion that would have mandated beliefs and structure teaching a singular point… but isn’t that what the founders fought against? Spin the dial… which one of the 33,000+ are we going to pick?

To Make my point let me ask this question:

Do you want a teacher or teachers of multiple faiths responsible for teaching your child about God?

The root of the problem

So what’s the root of the problem? Christians. For 70 or so years Christians have so sought acceptance from the 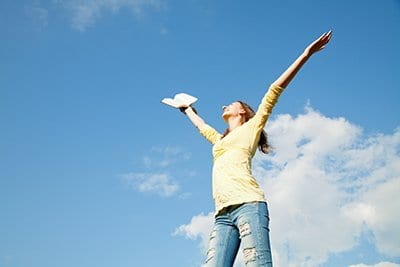 world that they were shamed to keep silent; thus making it easy to throw out the Bible and prayer from the public school system. Christian parents began to rely on the public school system to do their job in raising children. No longer are teachers tasked with teaching reading, writing and arithmetic but also needing to be a guidance counselor, social worker and advocate literally being forced to teach children morality without the moral tools needed to do the job. Add that to the government utilization of the public school system to teach anti-Christian indoctrination of social behavior and you get a system that is failing because Christians gave up to fight in the 50’s.

Romans 12:2  And be not conformed to this world: but be ye transformed by the renewing of your mind, that ye may prove what is that good, and acceptable, and perfect, will of God.

Sure there are teachers in the system that are Christians… but to what end? Is it their job to teach children about God? No, it is the parents’ responsibility to do that. Parents at one point held the children responsible for their actions, now we are crucifying teachers for not raising the children in the way the parents would like… shifting the responsibility away from themselves and the child to the teachers!

Naturally the course now since the 60’s has been well trodden. It certainly isn’t going to get better. The moral decline in this country can be directly related to the home… not the Schools. God was kicked out of the American home long before He was kicked out of schools; and it is foolish to think that we can put Him forcibly back in the schools without graciously accepting Him back into our homes. As long as Christians choose not to take responsibility for their spiritual actions and allow God to reign supreme in their homes… this country will remain in the downward moral decline until pure anarchy becomes the norm.

I don’t think that God should be forced back in schools for the many reasons I have listed above. I believe that Christians need to wake up and realize that we are the majority (that is shrinking with every graduating class) That a Christian voice should be at teacher conferences, school board meetings, city council meetings, state legislature, federal legislature and court systems making sure our voice is heard. That Christians stop chasing after the approval of the world and stand separated with a loud voice that lifts up Jesus Christ! Let those making decisions think about the effects their choices will make. The false religions in this country are speaking louder that we have in 70 years because we are so concerned with being called names that our voice has no power.

2 Timothy 3:5 Having a form of godliness, but denying the power thereof: from such turn away.