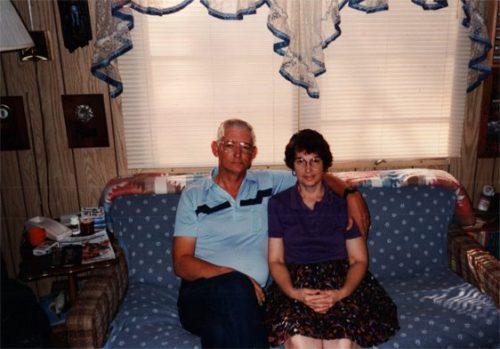 Proverbs 4:1  Hear, ye children, the instruction of a father, and attend to know understanding.

On Father’s Day we look at the path of a young man and to recognize that at times the greatest wisdom comes from the unlikeliest places.

My dad volunteered for wartime service before he graduated high school. Yet without a diploma he proved he know how to learn. Within a short time he worked himself to the level of crew chief flying all over the world, responsible for million dollar aircraft. He was recruited into the CIA because he looked, average; but there was little average about him. A combat vet, special operations commando, specialist in gorilla warfare, flight mechanic, engineer, (blackhawk) CIA and Secret Service, spoke 5 languages… but of all these thing I mostly knew him as dad.

During his 40 year military career he had taken courses to finish his high school, got a degree in engineering from the Air Force Community College, took over 600 additional training courses; spent his vacations outside of Army training centers so he could take continuing courses while allowing his family to have some time away.  He literally challenged himself to be the best he could be all the days of his life. Even while he was consulting for the CIA he worked in the automotive industry as a consultant, earning Mercedes and Volkswagen‘s highest honors.

The Flag and the knife

A nice young man came walkin’ by
He asked, “Why do you fly that flag so high?
Those stars and stripes are tattered and worn
and a new flag would be better adorned…”

I answered back with a smile in place
gleaming through the scars deep on my face.
Why that flag was Grandpa’s, I begun,
He raised and lowered it with the daily sun.

Till he got the call to go to war,
to serve his country on a foreign shore.
You see Grandma refused to let it down
waiting for the day he was safe and sound.

So through the sun, rain and wind it blew,
She said cause that’s what Pappy’s going through.
No one was taking him in each night
as he braved the elements in his long fight.

Till on a sunny day the corner he round,
Grandpa was home safe and sound.
The next day the flag in the sky did soar
then he brought it in at night as he did once before.

For just a few years the flag waved proud
as Grandpa told his stories to the stirring crowd.
No one was more proud than Grandma, no not one
Till the next foreign war called their son.

You see now why this flag is tattered and worn
Grand Fathers, Fathers and Sons now have born,
the responsibility of keeping you free
which is why you see these scars on me.

It didn’t matter what type of harshness it was;
a beach, a jungle, a desert because
this flag has flown while we were gone
and our wives this tradition have carried on.

For three generations this flag has flown
through the rain and snow, wind and sun
Across the world for this country we roamed
This flag meant welcome home son, welcome home.

Proverbs 22:28  Remove not the ancient landmark, which thy fathers have set.

Psalms 119:9 Wherewithal shall a young man cleanse his way? by taking heed thereto according to thy word.

3 John 1:12  Demetrius hath good report of all men, and of the truth itself: yea, and we also bear record; and ye know that our record is true.

Luke 8:15  But that on the good ground are they, which in an honest and good heart, having heard the word, keep it, and bring forth fruit with patience.

Proverbs 20:7  The just man walketh in his integrity: his children are blessed after him.

Psalms 119:140  Thy word is very pure: therefore thy servant loveth it.

Song of Solomon 5:16  His mouth is most sweet: yea, he is altogether lovely. This is my beloved, and this is my friend, O daughters of Jerusalem.

3 John 1:12  Demetrius hath good report of all men, and of the truth itself: yea, and we also bear record; and ye know that our record is true.

9 Those things, which ye have both learned, and received, and heard, and seen in me, do: and the God of peace shall be with you.

1 Timothy 5:8  But if any provide not for his own, and specially for those of his own house, he hath denied the faith, and is worse than an infidel.