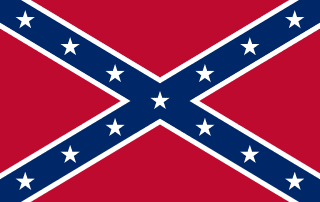 The title got your attention didn’t it! Now it’s time to settle down and put some information to this opinion article. The Confederate battle flag in itself is no more offensive than a plaid shirt; however, what the Confederate flag is being used to represent should be of concern for every Christian today.

A symbol of rebellion

This is where, in my opinion, Christians today should be very cautious about embracing the rebel flag. Looking far beyond the matter of racism, politics, innuendo, heritage or history that many often attribute to the rebel flag it has very much been focused as a symbol of rebellion in America today. Since the early 80’s when pop culture, southern rock and country music began to utilize the rebel flag is a symbol for nonconformity within society it has also come to represent nonconformity within Christian circles as well. Since the days of Hank Williams Jr. singing “a country boy can survive” the rebellious Christian attitude of “don’t judge me” has taken on literally a culture of its own. Pervasive within this culture is the mindset that I can do whatever I want as long as I go to church on Sunday even coining the phrase: ”Prayin’ on Sunday, Cussin’ on Monday”. This midset of doing it my way flies in the face of God. Naturally this is nothing new… but this divisive culture as attempted to mold this mindset with a spiritual belief dropping this rebellious attitude right on the doorstep of the Christian Church. Within the music industry this attitude is amplified into a statement; even marketing it on bumper stickers, t-shirts and lunch boxes. Take a look at some examples of Chart topping songs that echo this rebellious attitude: 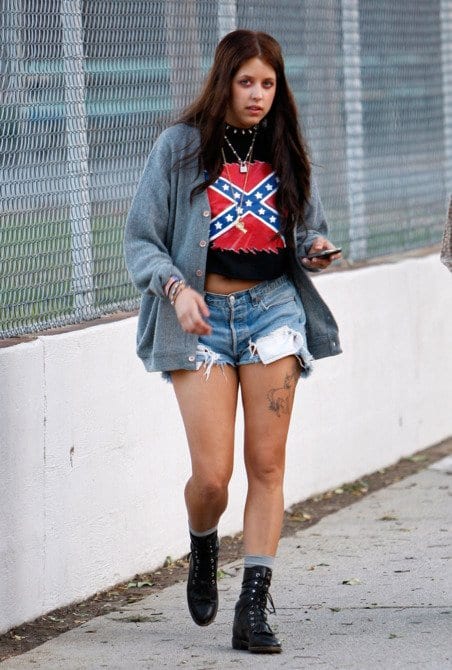 Florida Georgia Line – “this is how we roll”

Yeah, we’re proud to be young
We stick to our guns
We love who we love and we wanna have fun
Yeah, we cuss on them Mondays
And pray on them Sundays
Pass it around and we dream of that one day

Montgomery Gentry – “what do ya think about that”

And I’m a child of a backseat freedom, baptized by rock and roll
Marilyn Monroe in the Garden of Eden, never grow up, never grow old
Just another rebel in the great wide open on the boulevard of broken dreams
And I learned everything I needed to know from John Cougar, John Deere, John 3:16

This article is not about country music or even technically about the rebel flag so much is the attitude that it brings about. It’s no secret that satan does his best work when rebellion is motivated through music. All the way back in the 20’s when music motivated alcoholism and prohibition through the 50’s with breakaway artists like Chuck Berry singing about sex in a Ford…

Music has always been used as an outlet for rebellion. Today’s culture is no different; from rebellion being symbolized in southern culture with a rebel flag, the northern mindset with the hipster philosophies or the Western views of liberalism all seem to be motivated and focused through music to develop an attitude of rebellion.

What Does God have to say about it?

1 Samuel 15:23 For rebellion is as the sin of witchcraft, and stubbornness is as iniquity and idolatry. Because thou hast rejected the word of the LORD, he hath also rejected thee from being king.

There are nearly 100 references in the Scriptures identifying rebellion against God. This rebellion or ”I’ll do it my way” is certainly not a new thing for God. In 1st Samuel we also see stubbornness being attributed to rebellion and I find this to be very fitting when speaking to someone about what it is to be a Christian. The rebellious mindset from those that would rally around the flag and what it represents seems to outweigh or even contradict their belief in God. For those that honestly believe that you can pray on Sunday and cuss on Monday have clearly never read and understood the Scriptures.

Psalm 78:8 And might not be as their fathers, a stubborn and rebellious generation; a generation that set not their heart aright, and whose spirit was not stedfast with God.

Isaiah 65:2 I have spread out my hands all the day unto a rebellious people, which walketh in a way that was not good, after their own thoughts;

What it boils down to

The rebel flag today has become a symbol of rebellion, that doesn’t mean the flag in itself is evil… it’s just been used for an evil purpose. A clear yet extreme example would be that of the rainbow, which once represented God’s promise, has now been perverted to represent homosexuality. You cannot see a rainbow today without thinking about homosexuality any more than you can see a rebel flag and it arouse a preconceived mindset of rebellion, racism, history, country music and any other connotation that may pop in your head… But I can almost guarantee that it doesn’t bring about a sense of heritage and remembrance of the Civil War as it should; just like when you see a rainbow, the only thought you should have is the promise of God.

So as a Christian if you’re going to raise the confederate battle flag and use it as a rally cry for rebellion against society keep in mind that you’re also raising a banner that identifies the additional negative connotations that comes with that. When we as Christians associate ourselves with a movement, even in its purest form, we must weigh the costs of our own testimony.

And if you say “I could care less what someone thinks, I’m gonna fly my flag anyway!!!” Is that not… Rebellion?