A nice young man came walkin’ by
He asked, “Why do you fly that flag so high?
Those stars and stripes are tattered and worn
and a new flag would be better adorned…”

I answered back with a smile in place
gleaming through the scars deep on my face.
Why that flag was Grandpa’s, I begun,
He raised and lowered it with the daily sun.

Till he got the call to go to war,
to serve his country on a foreign shore.
You see Grandma refused to let it down
waiting for the day he was safe and sound.

So through the sun, rain and wind it blew,
She said cause that’s what Pappy’s going through.
No one was taking him in each night
as he braved the elements in his long fight.

Till on a sunny day the corner he round,
Grandpa was home safe and sound.
The next day the flag in the sky did soar
then he brought it in at night as he did once before.

For just a few years the flag waved proud
as Grandpa told his stories to the stirring crowd.
No one was more proud than Grandma, no not one
Till the next foreign war called their son.

You see now why this flag is tattered and worn
Grand Fathers, Fathers and Sons now have born,
the responsibility of keeping you free
which is why you see these scars on me.

It didn’t matter what type of harshness it was;
a beach, a jungle, a desert because
this flag has flown while we were gone
and our wives this tradition have carried on.

For three generations this flag has flown
through the rain and snow, wind and sun
Across the world for this country we roamed
This flag meant welcome home son, welcome home. 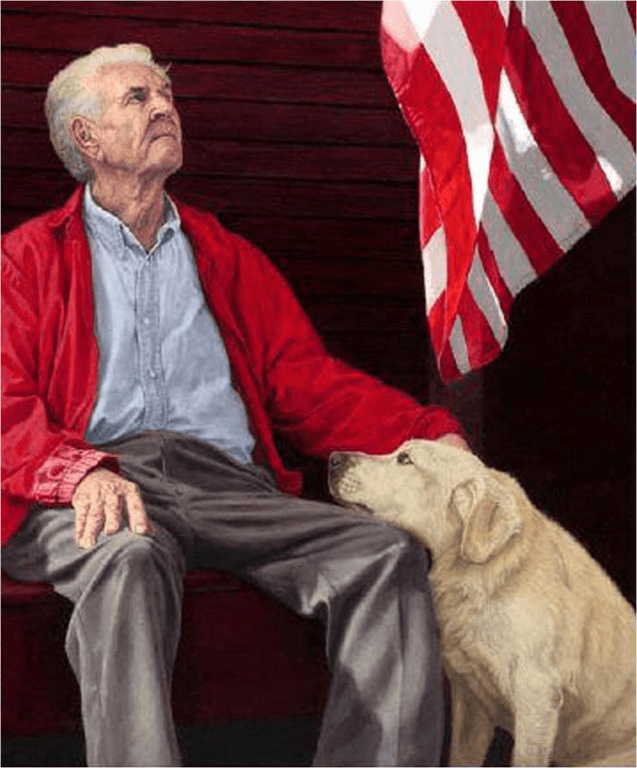 Written on behalf of My Grandfather, Kenneth Adler (Korea) & My Father, Kenneth Brewer (Vietnam). Their flag, handed down to me, was flown while I was deployed during Desert Storm and given to me upon Grandpa’s passing.