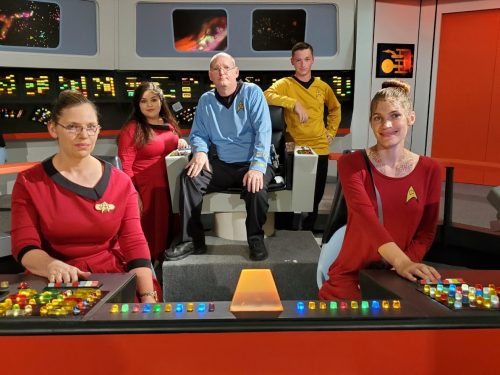 In the ‘60’s, a TV show set out to provide a mindset of exploration and adventure being pitched as “the wagon train to the stars”. Gene Roddenberry sought to provide a glimpse of society from the viewscreen of a starship. In this show called Star Trek, he identified issues of the day and attempted to provide a solution that a utopian mindset might solve.

If you’ve ever watched the original series you will see that while the option was presented, it was never really the solution. It always seemed to stop short of a being the best option, leaving a question of whether there was a better solution.

Years after the show was cancelled, fan popularity brought back a Motion Picture in 1979 that revisited the slogan: “To seek out new life and new civilizations, to boldly go where noone has gone before.”

The interesting comparison and perhaps the opening that gave Star Trek it’s extraordinary longevity is the fact that during those same years, Christians we’re beginning to be shamed for having the answer that society was so much searching for.

If fact, when Christians began to be silent, society began to go boldly looking for the answer.

In the 60’s the Bible and Prayer were removed from schools, the Apollo 8 Astronauts were sued for reading Genesis aloud on their flight to the moon, homosexuality became a protected legal status in 1967; all the while Christians continue to become more passive and increasingly silent.

On this 40th anniversary of Star Trek the Motion Picture, I think it is appropriate to look at those in the Bible who have boldly gone on before us, having the very answer humanity needs and refusing to be silent. Their lives and precious words can empower us to boldly do the same.

Consider these great heroes of our faith:

You don’t have to have a Bible degree to be bold.

Acts 4:13  Now when they saw the boldness of Peter and John, and perceived that they were unlearned and ignorant men, they marvelled; and they took knowledge of them, that they had been with Jesus.

People can tell when you have spent time with Jesus. 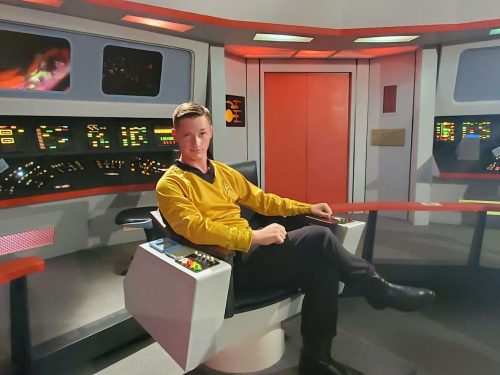 Ephesians 3:12  In whom we have boldness and access with confidence by the faith of him

With boldness comes knowledge of where our power comes from.

1 Corinthians 1:18  For the preaching of the cross is to them that perish foolishness; but unto us which are saved it is the power of God.

Ephesians 6:19  And for me, that utterance may be given unto me, that I may open my mouth boldly, to make known the mystery of the gospel,

Boldness from the Pulpit to the People

2 Corinthians 7:4  Great is my boldness of speech toward you, great is my glorying of you: I am filled with comfort, I am exceeding joyful in all our tribulation.

Boldness of the People to the World

Colossians 1:23  If ye continue in the faith grounded and settled, and be not moved away from the hope of the gospel, which ye have heard, and which was preached to every creature which is under heaven; whereof I Paul am made a minister;

The final frontier is not the exploration of space or the exploration of our minds; the final frontier is souls. It takes boldness for a Pastor to speak truth and boldness of the people to take the Gospel message to a lost and dying world. Outside these doors lies the greatest adventure you could ever know, Christians have been taught to fear it, hide from it and not speak against it.

But we are told to Boldly Go by our headquarters; to set our coordinates on souls, and perhaps take the Gospel where it has never gone before. Because Christians have been silent for so long… that may be across the street, rather than across the world.