A word study is a fundamental of bible study that will help provide a better understanding of the scripture. It also is a tool that helps with the other methods as well. A word study method is where you take a word and define it using different methods. This would include the context, definition, historical and cultural information and usage (noun, verb, ect.}. Once you unlock the meaning of the word it becomes clear why God chose that word. It will allow a better understanding of a passage, often unlocking the core explanation; plunging you into experiencing the scripture.

One of the main arguments that many modern text advocates utilize is that the King James Bible is too hard to read or that it uses archaic words. While this particular study will not go into the defense of these arguments, I will take this writing to render my opinion of this matter.

Proverbs 26:16  The sluggard is wiser in his own conceit than seven men that can render a reason.

Over the last 125 years in this country our system of education has worked diligently to decrease the level of education given to students. This has created a society that is producing high school graduates where reading comprehension is half of what their level should be at their age. Critical thinking skills have been dulled, replacing learning exercises with test preparation. It is this “dumbing down of society” that has led to the outcry of the masses to have an bible version that is easier to read.

Hebrews 11:6  But without faith it is impossible to please him: for he that cometh to God must believe that he is, and that he is a rewarder of them that diligently seek him.

Perhaps in the day that we live it we need to stop seeking the easier path and learn our bible. This desire to gain knowledge is rewarded to those who would diligently seek God:

2 Peter 1:2 Grace and peace be multiplied unto you through the knowledge of God, and of Jesus our Lord,

3 According as his divine power hath given unto us all things that pertain unto life and godliness, through the knowledge of him that hath called us to glory and virtue:

I will conclude this point by making an observation that those who desire to learn automotives, aviation, science, law, medicine or areas of higher learning; we seem to have no problem recognizing that these noble paths require methods of study. That there might be reading that needs done, words that need to be defined, understanding that comes with knowledge to achieve a goal. But when it comes to the goal of pleasing God and eternal life… It’s not worth the effort? 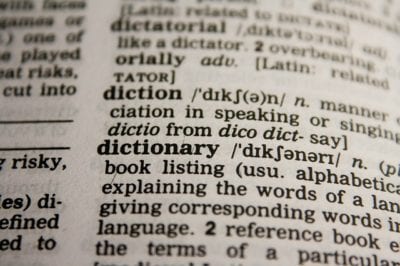 The Process of Defining a Word

To understand a word in the bible we need to gain the definition of the word. This definition is gained by a few different ways: Context, dictionary and rule of first mention.

The context of the word you are studying will, in most cases, identify the definition of the word. Within a sentence that uses the different elements of sentence structure; often the adjective or verb will bring understanding to the noun. Other times when a verb is in question the understanding will be defined within the next couple of verses. If the meaning of the word is not expressed in 3-5 verses before, and after; then move to the dictionary.

Note: A good Bible student will write down a word and verse that they do not understand and continue reading. During a time of study, you can revisit the verse for clarity. If you are constantly running to the dictionary for the meaning of the word, rather that its use in context; you will loose the fullness of the passage that contextual reading will bring.

Using a dictionary to get a better understanding is perhaps the easiest way, but one to be used with much caution. Every year new revisions of dictionaries, concordances and lexicons change the meaning of words based on cultural use; rather that the original established meaning of the word. That makes a dictionary, while easy, an unreliable source of better understanding. This author recommends to get the oldest print of Noah Webster’s 1828 Dictionary.

The Rule of First Mention

The Rule of first mention is simply this: The use and meaning of a word the first time it is found in the scriptures; will hold that meaning throughout the rest of the scriptures the majority of the time. The very few examples that have a different meaning; is largely due to a difference in the translation between that words use in Hebrew (old testament) verses its use in Greek (new testament).